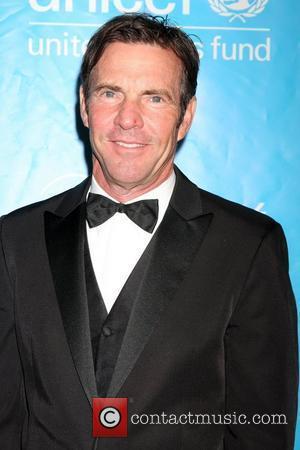 Actor Dennis Quaid and his estranged wife Kimberly are reportedly giving their marriage another go, two months after she filed for divorce.
Kimberly cited "discord or conflict of personalities" for the breakdown of their eight-year union and requested spousal support, a share of the star's assets, and the cost of her lawyer's fees when she lodged court documents in Texas in March (12).
The split appeared to turn nasty when the Vantage Point star challenged her demands and asked a judge to refuse her financial assistance - but now Kimberly has had a change of heart and has withdrawn her divorce petition, while a court judge recently agreed to dismiss the papers, according to Tmz.com.
The Quaids wed in 2004 and have four-year-old twins together.
Kimberly is the actor's third wife - the 58 year old was previously married to Meg Ryan and actress P.J. Soles.