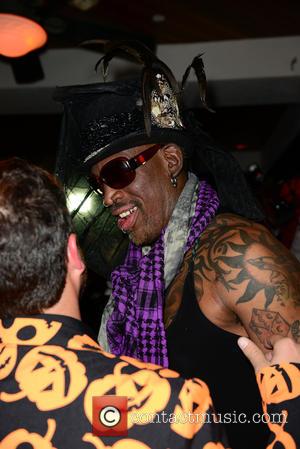 The wrestler was sacked by World Wrestling Entertainment (WWE) bosses on Friday (24Jul15) after an audio tape from eight years ago, which allegedly features Hogan launching into a racist tirade while commenting on his daughter's love life, was released.

Hogan, real name Terry Bollea, has since apologised for his "unacceptable" language.

Rodman, who partnered Hogan in World Champion Wrestling (WCW) in 1997, tweeted on Friday, "I've known @HulkHogan for 25 years... There isn't a racist bone in that mans body (sic). Lets lend our support to the Hulkster @HulkHogan who most certainly is not a racist".

Hogan's daughter Brooke also tweeted her support of her father, and released a poem on Facebook.com describing him as a man with a "tender heart".

She adds, "I bet your father or someone that you love maybe regrets something they wish they'd never done. So if you know my father, remember he's a man, and you would crave relief if people judged everything you did."