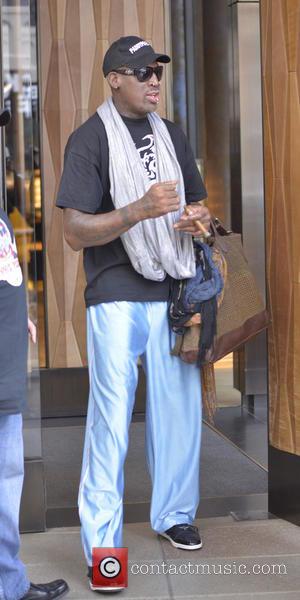 For her twerking antics and near-constant exposure since her suggestive MTV VMAs performance earlier this year, Miley Cyrus was designated the no. 6 spot, with GQ lamenting that the worst part of her recent run of success is the fact that so many people seem to be falling for her attention-grabbing ploys. The magazine justified her placement on the list for "basically trying every inane strategy she could think of to rile up America's few remaining pearl clutchers," noting, "what's sad is that it totally worked."

Falling pretty far down the list was President Barack Obama, who took home the no. 17 spot because "nothing gets done" under his presidency. This is something that can hardly be blamed entirely on him, although this has hardly stopped Americans for blaming everything on Obama. Also making their way on to the list was Justin Bieber, Lady GaGa, Ryan Reynolds and Will Smith. The president was accused of getting "nothing done"