Denzel Washington insists a campaign for him to play James Bond stemmed from his words being misinterpreted. 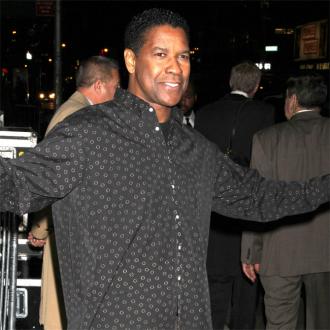 The 'Training Day' star has quashed rumours he is keen to take over the secret agent role from current 007 Daniel Craig and insists his joke about starting a campaign for the part was taken the wrong way.

He told Shortlist magazine: ''I was on the phone, and the person on the phone was asking me the questions that were being sent in to her, and so then she was sending out my response to whoever's online. So the was question was, 'Would You play James Bond?' and I said, 'Yeah sure, why not?' and jokingly, 'Yeah, get out there and start a campaign! Denzel for James Bond!'

''So no, I'm not campaigning to play James Bond. I just answered the question and jokingly said, 'Hey let's get a campaign!' ''

The 59-year-old actor was shocked by the results of the misinterpreted Q&A which quickly garnered support on Twitter with the hash tag '#DenzelsJamesBond'.

He added: ''I haven't thought about James Bond I was just asked about it. But it's interesting what happens to information. Things like this James Bond thing can just easily happen.

''It's not a bad thing but people think it's fact, you know what I mean? When it's not fact. What happened to the horse's mouth.''