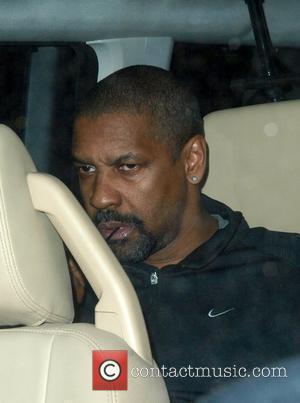 Denzel Washington and Woody Harrelson have come to troubled pal Wesley Snipes' aid in a bid to keep the BLADE star out of prison.
The two stars have written letters to the judge overseeing the actor's ongoing tax fraud case, urging him to be lenient on their friend as he passes sentence on Thursday (24Apr08).
In February (08), Snipes was convicted of failing to file his taxes for five years.
The star was acquitted of tax fraud and filing a false claim, as well as three misdemeanour counts of wilful failure to file a tax return, but he still faces three years in prison.
And Snipes' legal team hopes glowing character references from his famous friends will help keep the actor out of jail.
In his letter, obtained by TMZ.com, Oscar winner Washington calls Snipes "a mighty oak".
And TV judge Greg Mathis writes, "Unfortunately, it was his honest nature that forced him into these legalities."
His TV colleague Judge Joe Brown adds Snipes is "one of those rare individuals possessed of an extremely developed social conscience."