'Flight' Expected To Take Off At UK Box Office This Weekend 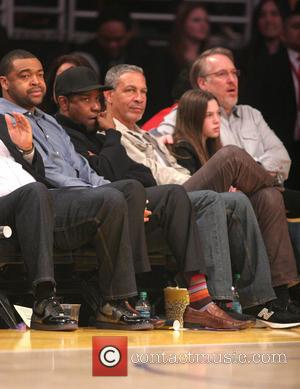 Oscar hopeful Flight has it's long-awaited box office unveiling today (Feb 1) in the UK and if critical reception and US box office takings is enough to go by then Paramount shouldn't have too much to worry about when it comes to audience numbers.

The film's star, Denzel Washington, delivers yet another powerhouse of a performance that makes his entry into the Best Actor category at the Oscars totally justified as he takes on the role of a veteran commercial pilot who fills his days with women, alcohol and drugs. Supporting Denzel in the flick is Don Cheadle, Kelly Reilly, Bruce Greenwood and Melissa Leo, as well as John Goodman who both delivers a scene-stealing performance - as he so often does.

Whilst Contact Music's own review of the film isn't wholeheartedly positive, the singling out of Denzel's performance is a mainstay among contemporary reviews, such as Rolling Stone and The Guardian, who single out the performance for being "detailed, depth-charged, bruisingly true" and maintaining Washington's "natural gravitas" respectively.

Currently holding a 77% on Rotten Tomatoes the film may not scream "see me!" from the top heady heights of it's own flight path, if a film full of thoroughly rounded thespians isn't enough to make you want to go to the cinema you may want to avoid heading out to pick up a film this weekend.

Flight is on nationwide release starting today, you can check out the trailer below.