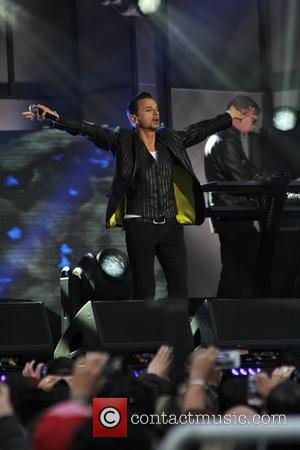 Rockers Depeche Mode cancelled their concert in Istanbul, Turkey on Friday (17May13) after their production trucks were blocked from crossing a border into the country.

The Personal Jesus hitmakers announced at the last minute that the show could not go ahead as their stage gear had been held up in neighbouring Bulgaria, where local truck drivers had blocked traffic at two major border checkpoints to protest against alleged Turkish restrictions to their operations.

A post on the band's website reads, "The Bulgarian trucking blockade at the Bulgaria-Turkey border has prevented Depeche Mode's production trucks from crossing the border into Turkey, forcing this situation.

"Depeche Mode... are currently working to reschedule tonight's show to later a later date in the Depeche Mode tour. (The band) sincerely apologise to all of the fans and all ticket holders for this inconvenience."