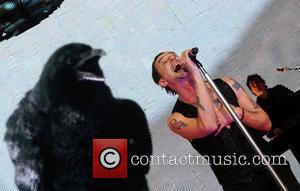 Depeche Mode have scrapped their upcoming Tel Aviv, Israel concert due to the spiralling problems in the Middle East. The British trio was billed to perform at Hayarkon Park in the city on Thursday night (03AUG06). In a message to fans on their official website, the band writes, "Depeche Mode regretfully announce the cancellation of their scheduled concert on August 3rd, 2006, at Hayarkon Park, following the latest developments. "Unfortunately, at present, there is no way to reschedule the concert, as this is the end of the Depeche Mode world tour. "The band apologise to the fans, and thank them for their understanding." Depeche Mode aren't the only act who have been forced to reconsider performing in the Middle East in recent weeks - rockers Deep Purple recently axed a show in Lebanon as conflict there continues.