Derek Hough could be on his way out of Dancing With The Stars. 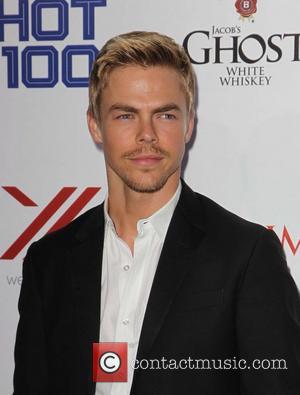 Derek Hough, the main professional draw on 'Dancing With The Stars,' is likely to leave the show the good and pursue his other ambitions. After picking up the mirrorball trophy for the fourth time - this time with Kellie Pickler - Hough is believed to be considering his role on the show.

"Derek has always wanted to eventually get back to the stage or other kinds of TV projects and even films," a veteran "Dancing" insider told the Chicago Sun-Times, "I know he's had lots of offers. This seems like the right time for him to pursue all that." Though Hough found fame on Dancing With The Stars, he is known outside of the ABC hit show and was thought to be dating British pop-stat Cheryl Cole for a short time. He is the brother of Julianne Hough, the girlfriend of the hugely powerful TV mogul Ryan Seacrest.

Derek is also a big-name on the stage and has appeared in productions of 'Chitty Chitty Bang Bang' and 'Jesus Christ Superstar' and played Ren in a West End production of 'Footloose.' Did you know he also played a Hogwarts schoolboy in Harry Potter and the Sorceror's Stone back in 2001?

The 25-year-old may be looking to return to treading the boards. He once recalled of his stay in the UK, "He once recalled, "When I lived in London everything I did was pretty dramatic except for 'Footloose.' 'Footloose' was more fun but it also had quite a dramatic end to the musical. I really enjoyed that serious, darkness in the acting. But then when I went on 'Dancing With the Stars,' I was very whimsical and silly and cheesy sometimes and dorky."

Dancing With The Stars will revert to a one-episode per week format from next season, to accommodate ABC's latest big show, Joss Whedon's Marvel's Agents of S.H.I.E.L.D. We think it's probably a good time to get the hell outta' there, Derek.