Continue reading: Michelle Williams Reveals She Suffered From Depression While In Destiny's Child

Do you want to be just like Beyoncé? Well now you can, Beyonce’s father and former manager is offering a $199 boot-camp all about getting into the entertainment industry.

Beyoncé’s dad, Mathew Knowles, is offering a one-off lesson on how to become just like his superstar daughter. Knowles, who managed Destiny’s Child and later his daughter in her solo career, will be offering a one day talk on how to make it big in the music industry. The singer was arrested on Sunday in South Carolina.

Farrah Franklin, the forgotten fourth member of Destiny’s Child, found herself back in the spotlight on Sunday (July 20th) after being arrested and charged with disorderly conduct. If Franklin’s name doesn't sound too familiar that’s probably because she only spent five months alongside Beyonce and co back in 2000, meaning we hardly had any time to get know her. With that in mind, here’s everything we could find out about Destiny’s Child’s elusive fourth member. Farrah started her singing career as a member of short lived girl group Jane Doe. But in 1999 when Jane Doe were about ready to call it quits, another girl group, Destiny’s Child were also having some internal drama. Original members LeToya Luckett, and LaTavia Roberson had allegedly written to manager Matthew Knowles (father of Beyonce) asking for new representation, but instead they found themselves unceremoniously kicked out of the band.

By Lauren James in Music / Festivals on 17 September 2013

The 'X Factor' judge reckons he's on to something 'Bootilicious.'

Gary Barlow is truly ambitious for the new series of UK singing talent contest, The X Factor. The Take That singer is a judge on the show that filters through the country's best singing talent to find a brand new popstar. The judge has reportedly created a new girl group with a trio of promising singers and before they've even reached the live stages of the competition, Gary is thinking global. A source speaking to The Sun tabloid described Barlow's enthusiasm for the talented three: "Gary really believes this trio could be the new Destiny's Child if they work hard," they said, adding "They sound really good together, they can dance and they look great[...]If the group make it to the live shows, they'll be one to watch."

By Elinor Cosgrave in Music / Festivals on 20 August 2013

Kelly Rowland's fourth studio album, 'Talk A Good Game' is due for re-release. One of the album's producers and song writers, in a radio interview, said Rowland is working on new material to accompany it's re-release.

Kelly Rowland is re-releasing her fourth studio album Talk A Good Game. Lonny Bereal, the album's songwriter and producer, revealed the 32-year-old singer had been working in the studio on the album once again. Kelly Rowland at the 5th Annual Essence Black Women in Hollywood Luncheon, at the Beverly Hills Hotel in L.A.

Rowland's album was released on June 14 2013 when it was relatively successful, but not a worldwide phenomenon. It gained fourth place in the US Billboard album chart and the US R&B chart. In the UK, the album obtained 7th place in the R&B chart but only 80th in the Albums chart. It also had limited release elsewhere.

Continue reading: Kelly Rowland Will 'Talk A Good Game' When She Re-Releases Her Album

The Destiny's Child star tried to do a spot of whale watching off Massachusetts but ended up getting lost and having to alert the coast guard.

Kelly Rowland was almost lost at sea after the private vessel she'd rented to go whale watching at Cape Cod became disorientated and had to be escorted back to shore. It's the dream of many - to seek out the majesty and serenity of whales on your own private boat with a few of your friends, but for Destiny's Child singer Kelly Rowland, her day of leisure didn't exactly go to plan. Kelly Rowland Left Embarassed After She Boat She Rented Got Lost.

R&B star Rowland had hired a private vessel that was following a commercial whale watching boat to be led to a site to see Whales, off the coast of Massachusetts last weekend. However, for some reason, the captain of Rowland's boat lost sight of the vessel they were following and became hopelessly disorientated. The Coast Guard at Cape Cod were alerted and sent a commercial towboat to escort the red-faced star and her posse back to shore; presumably without having seen any whales. 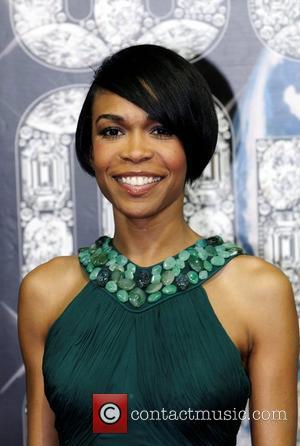 Beyonce To Perform With The Rest Of Destiny's Child At Super Bowl Half-Time Show?