Rapper Devlin has revealed making his second album 'A Moving Picture' was a nerve-wrecking experience, although he found it easier to come up with lyrics this time around. 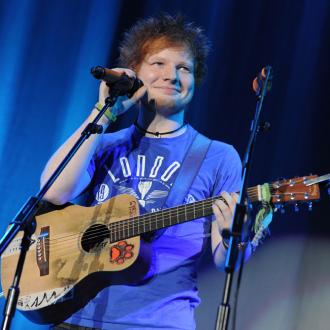 The 23-year-old rapper released his second studio album 'A Moving Picture' earlier this month, and while he felt the strain to follow up his 2010 debut record 'Bud, Sweat and Beers' with a successful album, he didn't have any issues coming up with writing material.

He said: ''It was mad the first time. I was running around the country doing things I'd always dreamed of doing.

''I had my whole life to write my first album. I did feel the pressure this time, but a lot has happened for me to write about for the new album.''

Devlin's second album sees him collaborating with a number of stars including 'A Team' hitmaker Ed Sheeran - who teamed up with the rapper to perform on track '(All Along the) Watchtower' - and he has become good friends with the flame-haired singer since they started working together.

He added: ''We were both supporting Example. Ed was doing his thing on YouTube. We just clicked. I appreciated his talent and he's my friend now.''

Devlin has also appeared on a number of other artists' tracks and admits he would be ''upset'' if they started charging him for collaborations.

He explained in an interview with Nuts magazine: ''If it's Wretch 32 or the boys, I'll never charge them. If they charged me, I'd be upset as well. It's not like that.'' 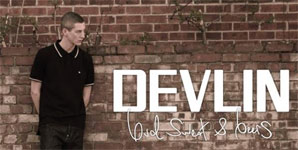