By Andrew Lockwood in Music Reviews on 15 January 2015

Sam Genders' (Tunng/The Accidental) solo(?) venture, Diagrams, follows up 2012's debut album 'Backlight' with a new album for 2015, 'Chromatics'. The eleven tracks are as balanced and cohesive as any you'll hear on an album this year. The production allows each track to build and breathe whilst still holding together the connecting threads of creativity and character. The one time this Folktronica protagonist weaves a delicate and multi-textured collage of softly cushioned, warm tunes around his inviting, compassionate and compelling vocals. 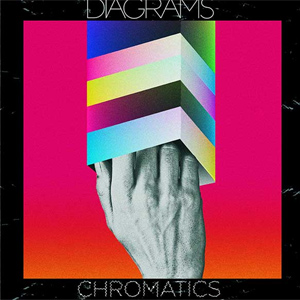 Album teaser track 'Phantom Power' heads up the roll call of tunes. A jangle of guitars ushers in the wave of sound brought to life by Sam's smooth vocal. By the time the whistles and beats kick in you are almost instantaneously and irrevocably hooked.

As the album unfolds there is a very definitive sound that plays out throughout that is matched just as masterfully by the lyrical quality. There is a Guy Garvey (Elbow) -esque sound that pervades 'Chromatics', a Northern hue and a lyrical phrasing that is shared by both but delivered very individually. Even the use of some of the words are uncannily familiar by association: 'Umbilical', 'Litany', 'Demarcation', 'Ineffably' etc. and the use of 'Love' and 'Dear' when referring to a person rather than the emotion.

By James Hopkin in Music Reviews on 08 February 2012

Back in 2011 Sam Genders' Diagrams released their debut E.P, associating themselves with the hybrid folktronica genre and gaining numerous comparisons to 'Sufjan Stevens'. A few months later and 'Black Light' is released, containing some of the tracks from the E.P whilst leaning considerably towards the electronic side of the genre throughout the majority of the album. 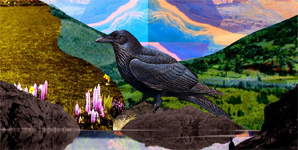 Diagrams' new single, Tall Buildings, is the lead single taken from the forthcoming debut album, Black Light, which will be released through Full Time Hobby on January 12th, 2012. Diagrams will be headlining London's Camp Basement on November 22nd, 2011.

By James Hopkin in Music Reviews on 16 August 2011

First Impressions are greatly important and with the apparent popularity of artists choosing names made up of a noun made plural, Diagrams didn't immediately stand out as anything that special. However Sam Genders' latest solo project shouldn't be immediately dismissed. It can be found under the new hybrid genre of folktronica, where acoustic guitars are replaced with synthesizers and drums replaced with samplers, although the core feel of the music remains of a folk origin. 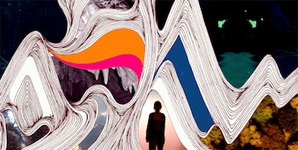