A Silk Dress Worn By Diana, Princess Of Wales During A Photoshoot Used In A Tribute Magazine After Her Death Is Expected To Fetch Up To $80,000 (£50,000) When It Goes Under The Hammer Later This Month (Jun15). 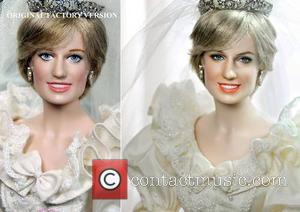 Picture: Princess Diana - Accomplishing this feat requires many photos of the famous person/character, plenty of time, and a great deal of skill... something that Cruz...

The British royal wore the shimmering, figure-hugging outfit, designed for her by Versace, during a photoshoot with renowned photographer Patrick Demarchelier in 1991.

One of the pictures gained prominence when it was later used for Harper's Bazaar's tribute issue to the princess in November, 1997, three months after her death in August (97).