Diane Kruger tells Josh to get on his motorbike

Diane Kruger bought Joshua Jackson a Vespa scooter for his birthday, delivered to their house with a bow around it. 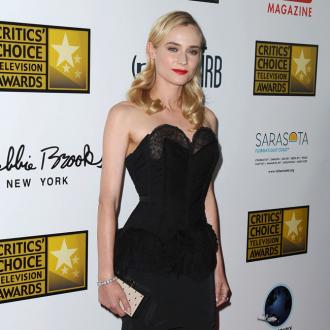 Diane Kruger bought Joshua Jackson a Vespa for his birthday.

'Fringe' actor Joshua turned 35 on June 11 and his girlfriend was determined to get him something special, so settled on a scooter.

She told People magazine: ''It was my partner's 35th birthday so he got a Vespa. They delivered it and I put a bow on it. He was pretty excited. We don't go on the freeways, obviously, but you escape all the traffic.''

Diane and Joshua have been together for seven years and always previously claimed marriage was not for them as neither are religious, but friends say they have recently had a change of heart.

A source told Us Weekly: ''Josh and Diane are very close to getting engaged. They decided they're ready for the next step. They're excited.''

While Diane, 37, is loved up, she has admitted to being starstruck after bumping into her former crush, Don Johnson, at the Vanity Fair Oscars Party in February.

She said: ''Last time I was starstruck was when I met Don Johnson at the Vanity Fair Oscars party. I have had the biggest crush on him since I was a teenager. I saw him and started tearing up. I t was embarrassing for everybody.''