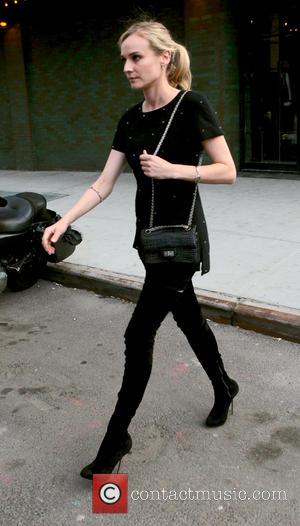 Inglourious Basterds star Diane Kruger has credited boyfriend Joshua Jackson with transforming her from a city slicker to a backpacker.

The pretty German model-turned-actress admits she had never been camping before the former Dawson's Creek star suggested a rustic break at the beginning of their romance - and now she can't wait for their next adventure together.

She says, "My partner loves backpacking and being outside. At first I was like, 'I don't know...the tents, the backpacking,' and then we started going on these amazing trips and he converted me. We did Australia one year and Patagonia."

And Kruger tells Wenn that one recent trip to Chile was a dream come true for both of them: "I just went to Chile and climbed the volcano that was 18,600 feet. That was pretty insane and amazing. Chile was always his (Jackson) dream and when he finished (Tv show) Fringe, that was my Christmas gift to him. It was amazing.

"We saw icebergs and climbed the volcano. We saw Bolivia in front of us and Argentina on the other side. It was magical. We had no phones and no connection. It was just the two of us and climbing.

"You never enjoy the moment in L.A.. There's so much anxiety about, 'What's the next gig? Who's the next hot thing?' It drives you crazy after awhile and there (in Chile) we had no television and we don't know what's going on; time stands still. It's so amazing because you feel like you live and you get something out of life. You come back a different person."