Dick Van Dyke was rescued by a passerby, not porpoises this time. 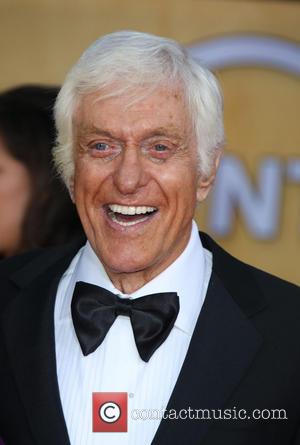 According to TMZ.com, a guy named Jason Pennington was driving along the 101 when he saw a car full of smoke on the side of the road with an elderly man hunched over the wheel. Pennington pulled over, ran up to the car and found Van Dyke struggling inside.

The hero opened the driver door and pulled the actor out of the vehicle as flames began to tear through the engine. Dick was understandably disorientated, though he didn't require medical attention and was fine soon after. In fact, his wife came to pick him up and the pair cruised home together.

It wasn't such great news for the swish Jaguar, which is well and truly toast.

Van Dyke, who starred in Mary Poppins and Chitty Chitty Bang Bang, is prone to being saved by unlikely heroes. In 2010, he recalled falling asleep on a surf board and drifting out so far to sea that he could no longer see the beach when he awoke.

"I woke up out of sight of land ... and I started paddling with the swells and I started seeing fins swimming around me and I thought, 'I'm dead!'", he said.

Fortunately for the Hollywood veteran, help was at hand - though it wasn't the lifeguards or sea police.

"They turned out to be porpoises," he said of his saviours, "they pushed me all the way to shore. I'm not kidding."

There you have it. The greatest rescue story of all time. Dick Van Dyke Had A Lucky Escape This Week