Dick Van Dyke married 40-year-old make up artist Arlene Silver in a ''spur of the moment'' ceremony in February. 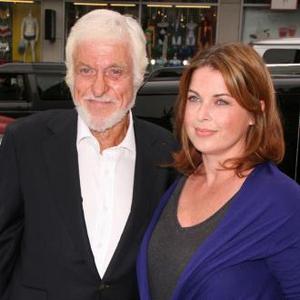 The 86-year-old actor and Arlene Silver had a ''spur of the moment'' wedding in Malibu, California, on February 29.

In a video interview with website RumorFix, Dick revealed: ''I'm not a loner. I have to have a life partner and I found the perfect one.

''I got married kind of on the spur of the moment, we decided Leap Day would be the best time to do it.''

The couple met in the green room at the Screen Actor's Guild (SAG) Awards in 2006, and 'Mary Poppins' star Dick was ''bowled over'' by Arlene's beauty, although romance didn't blossom between them until later.

He jokingly added: ''She became my make-up artist, then worked her way all the way up to wife.''

Dick was first married in 1948 to Margie Willett in a ceremony broadcast live on radio show 'Bride and Groom'. They have four grown up children together, but divorced in 1984 after a long separation.

The actor also had a relationship with actress Michelle Triola from 1976 until her death from lung cancer in 2009.

Dick has largely wound down his acting career since starring in TV series 'Diagnosis Murder' in the 90s, with his last significant role, a cameo in 'Night at the Museum', released in 2006.