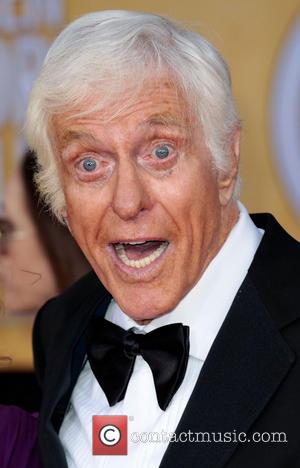 "I've been borrowing from Dick every time I step in front of the camera” said Alec Baldwin as he presented Dick Van Dyke with his Lifetime Achievement Honor at the Screen Actors Guild Awards last night (January 27, 2013), but the veteran was in just as much of a humble mood himself as he paid testament to all those who’d turned up to the event in Hollywood in his speech.

"I have to say one thing, my lord and savior Carl Reiner couldn't be here tonight," the actor said of his long-time pal and fellow actor. "There's a lot of flu going around." Van Dyke of course will be best known for his role as Bert the chimney sweep in the musical Mary Poppins, but he went on to forge a hugely successful TV career in the wake of that, his profile having a huge resurgence in the 90’s with the hospital detective drama Diagnosis Murder. "I've knocked around in this business for 70 years and I still haven't quite figured out what it is that I do” the 87 year-old said, according to The Hollywood Reporter. “But the years have just been full of surprises for me and a lot of fun - aren't we lucky to have found a line of work that doesn't require growing up? I love that."

Then, in a stirring testament to those in front of him, he remarked "I'm looking at the greatest generation of actors in the history of acting. You've all lifted the art to another place now… if this very heavy object right here means that I can refer to you as my peers, then I'm a very lucky man."