Review of Last Train To Paris Album by Diddy-Dirty Money

Sean Combs is back with another project, with Dawn Richard and Kalenna Harper, as Diddy Dirty Money. 'Last Train To Paris' is the first album to be released from the group on Combs own label Bad Boy Records. Combs' success as a rap artist is world renowned and this project is based from hip hop culture, although the European element in the sound is what has created this band. Combs' known to frequent the dance scene is trying to create an answer to the two scenes with Dirty Diddy Money. 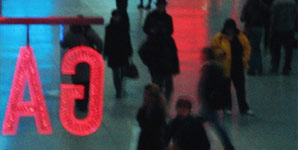 Because of the influence of dance and hip hop in this record, it does create something new although many aspects one could have heard before with crossover r'n'b and pop soul records. Definitely the contribution of Harper and Richard is first class with excellent soulful delivery and execution. The hype of this project, or the influence of Combs, has certainly attracted a lot of guest artists featuring on the record like Usher, Trey Songz, Lil Wayne, T.I, Justin Timberlake and Chris Brown to name a few. It creates a class and sophistication however I'm not sure this debut album is as good as the sum of its parts.

I wasn't sure about 'Last Train To Paris' at first but after a few listens I can see how it would appeal to a variety of different musical audiences, however because of the fusion element, it doesn't quite bowl me over as a whole album. Tracks on here could definitely work on the dance floor or if you were looking for something unique to fit the gap. Possibly it's the pop element that doesn't make it edgy enough for me or dirty enough either. Credit to Combs for trying to break the barrier of hip hop culture to dance music and also respect to the innovation. I'm sure there are many cool cats who could be feeling this, but as a lover of hip hop and dance music, it seems more like an artistic show piece than an answer to the differences of culture. Not bad though.