Dido's millennium hit single still sounds great today, so what better place to start our Thanksgiving playlist. Taken from her 1999 debut album, No Angel, but first heard in the Gwyneth Paltrow film 'Sliding Doors', Thank You is a reflective song that resets one's feelings. Whatever's going on out there, rain, bills work; at the end of day there's still someone there for her. "Push the door, I'm home at last and I'm soaking through and through. Then you handed me a towel and all I see is you. And even if my house falls down now, I wouldn't have a clue, because you're near me".

Neil's classic tune from the 1982 album of the same name deserves it's place on any Thanksgiving playlist. The gentle lilt of the song, the casual refrain and the easy nature of the tune are all so calm and collected. The melody is unsurpassed and Neil's vocal, combining with Linda Rondstadt on backing vocals, is just an understated delight.

Nick's epic masterpiece from his Nocturama album still makes the hairs on your arm stand up. A celebration of life and a counter to the very things that try and taint it, Nick captures a mood and expertly expresses it as only he can. The piano lead ballad may not make many Thanksgiving playlists but that's their loss because this song is just full of appreciation and thanks.

Kinks front man Ray Davies gives us his own take on Thanksgiving Day in his own inimitable style with a well observed song full of lyrical gems. Horns and an organ add to the musical mix as Ray sings about the family observing the special day and how everybody tries to make an effort to get home to be with their loved ones.

It only seems fair that we include at least one Canadian in this years mix, they do after all also celebrate Thanksgiving Day! This track, Thank U, from her '98 Former Infatuation Junkie album is all about Morissette's spiritual awakening. The lyrics may sound somewhat cynical but it is actually a heartfelt thank you for her enlightenment after a trip to India.

Louis Armstrong - What A Wonderful World.

The definitive version that you can never tire of. With sumptuous strings, brilliant lyrics and that fantastic, soulful and warm vocal Louis delivers up a real classic that never fails to lift the spirit or put a smile on your face.

Former Japan front man David Sylvian and Swedish singer song-writer Stina Nordenstam pair up beautifully here on the Nine Horses song, Wonderful World. It's got little to do with the classic Louis Armstrong song, other than it's title and sentiment but it is stunning never-the-less. The jazzy score compliments Sylvian's voice masterfully as he sings of love and appreciates the wonder of the world, even in it's oddest places.

Otis Redding - I Want To Thank You.

Otis treats us to a true soul classic. His rich, distinctive voice is the perfect vehicle to impart the love and appreciation he feels for his woman. His emotive delivery puts his heart firmly on his sleeve as he gives thanks for all that she is.

Mac DeMarco - Cooking Up Something Good.

Our second Canadian to make this year's playlist, here with his tune, 'Cooking Up Something Good', which after all the thanking, the loving and the praising is what Thanksgiving is all about! DeMarco's 2012 song bobs along gently talking of his Mum cooking in the kitchen and his Dad, "the pride of the neighbourhood", sitting on the sofa. Probably your average Thanksgiving scene at some point.

A fitting finale to our Thanksgiving playlist, 'A Charlie Brown Thanksgiving', performed by the joyous Vince Guaraldi Trio in their own individual style. You can't separate their sound from the Peanuts cartoons, they are so interconnected and combine to make both a little better and for that we give thanks. 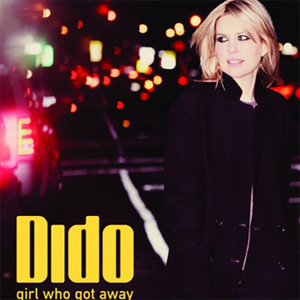