New Zealand's Die! Die! Die! are something of an anomaly. Raised on a diet of English post-punk and American hardcore, they've steadily developed into one of the most prolific acts in recent years. While their 2006 self-titled debut and brooding follow-up 'Promises, Promises' hinted at a potentially bright future, 2010's sublime third long player 'Form' heralded their arrival magnanimously. Songs like 'HT' and 'Lil Ships' highlighting the band's progress, heralding a newfound confidence and cementing their swirling guitar sound as something of a Die! Die! Die! trademark in the process. It seemed only a matter of time before they'd become household names outside of their native Dunedin. And yet for some reason, Die! Die! Die! remain relatively unknown to the masses. 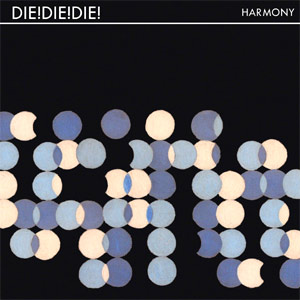 So, at the fourth time of asking, 'Harmony' continues in a similar vein to where its predecessor left off. Also featuring their fourth bass player since forming a decade ago, former Mint Chicks and F In Math mainman Michael Logie. Recorded in France last year with Australian producer Chris Townend, whose previous credits include Portishead and The Violent Femmes. 'Harmony' accentuates the harsher side of Die! Die! Die!'s make-up across its ten tracks, again heavily focusing on the angular swathes of guitar and Andrew Wilson's distinctive vocals, which characterise the band.

Initially released in August of last year back home on Records Etcetera, it's taken a further eight months for Irish independent Smalltown America to license the UK release. However, it's been well worth the wait. 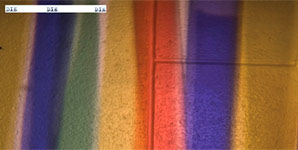