Diego Boneta is taking up one of the key roles in the new upcoming 'Terminator' sequel.

The 'Terminator' franchise is one of the most beloved and celebrated sci-fi franchises of all time, and with creator James Cameron now working on the latest instalment in the film series, excitement is at an all-time high. Collaborating with Tim Miller on the piece, the movie will bring back Arnold Schwarzenegger and Linda Hamilton, as well as introducing a bunch of new characters.

Diego Boneta is playing a new human character in 'Terminator 6'

Serving as a sequel to 'Terminator 2: Judgement Day', not much information surrounding the new additions to the cast has been revealed aside from Mackenzie Davis jumping on board, and even her character is shrouded in mystery. Some rumours suggest she could be a brand new Terminator fighting on the side of humans, but nothing has been confirmed.

Samantha Kingston has, to many people, a great life. She has a perfect family and is one of the most popular girls in school. When she wakes up on February 12th, it just seems like a regular Friday. Her best friends will pick her up, they'll go to school and end the day with another epic house party. Unfortunately, that day ends at the same time as her life when they are involved in a road accident. She wakes up in her bed, to her surprise, but discovers that it's Friday morning again. Confused, she spends the rest of the day in a daze of deja vu, but when she finds herself dying and waking up again, she knows something's wrong with her.

No matter how hard she tries to change things throughout the day, she still wakes up on the same day after the same night. Soon she starts to think that maybe her plight is something to do with a strange girl at her school named Juliet Sykes; a loner and a freak, at least in her and her friends' eyes, who they never stop making fun of. It's only when she starts to feel bad about how they're treating Juliet that she finally accepts that if she has to live this day over and over, she wants to be the best person she can be every time.

Based on the best-selling 2010 young adult novel of the same name by Lauren Oliver, 'Before I Fall' follows very much in the vein of 'Groundhog Day' and 'Edge of Tomorrow', but in a high school setting. It has been directed by Ry Russo-Young ('Nobody Walks') with a screenplay by Maria Maggenti ('Monte Carlo') and Gina Prince-Bythewood ('The Secret Life of Bees') and is set to be released in theatres on March 3rd 2017.

By Rich Cline
Very Good
This raucous trawl through 80s power ballads, rock anthems and gigantic hair is a lot of fun, partly because it throws so many big stars into against-type roles in which they get to sing and dance. But the plot couldn't be any thinner or it wouldn't exist at all.

Small-town girl Sherrie (Hough) takes the bus to 1987 Hollywood to become a rock star. There she meets Drew (Boneta), who has the same dream and works in the famed Bourbon Room on the Sunset Strip. He convinces the owner (Baldwin) to hire her as a barmaid just as diva-rocker Stacee Jaxx (Cruise) comes to play a major gig. Buzzing around him are a Rolling Stone journalist (Akerman) wanting an interview and a right-winger (Zeta-Jones) trying to protect the children from the evils of rock-n-roll.

The latest trailer for the upcoming Rock of Ages movie adaption gives us much more to contemplate as the June 15th release date draws ever closer. The upcoming musical comedy features hits from the likes of Def Leppard, Joan Jett, Journey, Foreigner, Bon Jovi, Night Ranger, REO Speedwagon, Pat Benatar, Twisted Sister and Whitesnake to name but a few.

Drew Boley is an aspiring rocker who works as a busboy in The Bourbon Room, a club in Hollywood. He falls for a new waitress called Sherrie, who has moved from Kansas in the hopes of making it in Hollywood. 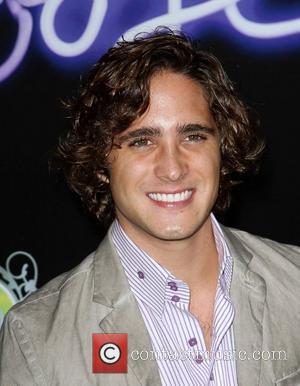 Diego Boneta Keen To Get Full Name Back

Rock Of Ages Boneta Missed Out On A Trip To Narnia

Samantha Kingston has, to many people, a great life. She has a perfect family and...