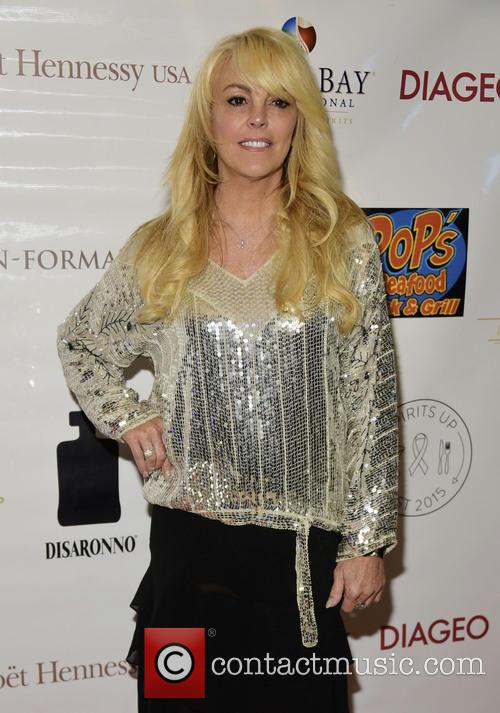 The 51 year-old was sentenced on Tuesday (June 3rd) for speeding at 77mph in a 55mph zone last September, her blood-alcohol levels were 0.2 percent - more than twice the legal limit of 0.08 percent.

Dina Lohan appeared in a Long Island courthouse on Tuesday (June 3rd) to be sentenced for her DUI arrest last September (2013), which she pleaded guilty to in April.

Judge Andrew Engel didn't hold back when addressing the 51 year-old, sentencing her to 100 hours of community service and suspending her driving licence for a full year, ABC reports.

Lindsay Lohan's Show Slammed By Rosie O'Donnell - Is She Right?

These are challenging times for the Lohan family.

Lindsay Lohan has been hit with the shame and bad publicity of a fellow entertainer criticising her current project. The 27 year-old actress can currently be seen on OWN's Lindsay, a reality show that follows the troubled star as she goes about her daily business and works to get her life back on track. However, comedian Rose O'Donnell has now added her voice to the admonishment of Lindsay in a caustic tweet. Lindsay Lohan Has Been Targeted For Her New Reality TV Show, 'Lindsay.'

O'Donnell publically blasted Lohan's show, writing "The Lindsay show is a tragedy - on every level - I hope one day she gets sober for real and watches these episodes - n sees what we all do" to hundreds of 'retweets' and 'favorites' demonstrating support for the outspoken television personality's view. Lindsay hasn't had chance to respond to O'Donnell's comments, having instead been snapped partying at the Coachella Festival in California.

The mother of the 27 year-old actress struck a plea deal to avoid jail time for a drunk driving and speeding arrest from last September (2013).

A member of the Lohan family has ran into trouble with the law, yet again.

But this time it isn't Lindsay, the culprit is her mother Dina.

The 51 year-old pleaded guilty to a driving under the influence (DUI) charge and speeding.

Lindsay Lohan's mother Dina Lohan is seen leaving Nassau County Court in New York alongside her lawyer after pleading not guilty to driving under the influence earlier this month. Her lawyer is filmed addressing the media on the outcome of her trial.

Lindsey Lohan's mother Dina Lohan is snapped arriving at New York's Nassau County Court in a Rolls Royce with her lawyer following charges that was driving under the influence of alcohol as well as speeding in Long Island earlier this month with more than double the blood-alcohol content legal limit.

Continue: Video - Dina Lohan Snubs Paparazzi As She Pulls Up In Court In A Silver Roller

Whilst Lindsay is busy trying to remain sober, her mother is busy getting wrecked and driving around New York whilst still drunk

Dina Lohan was taken in by cops late on Thursday (12 Sept.) night after they pulled her over for speeding on the Northern State Parkway going through Long Island, NY. According to TMZ, Momma Lohan was going at 77 in a 55 mph zone and was pulled over by a New York State Police cruiser at around 11 pm on Thursday night. Dina was more than twice over the legal limit

Upon closer inspection, the arresting officer noticed a distinct smell of booze coming from the white BMW and requested that Dina get out of the vehicle almost immediately as she clearly looked intoxicated. The officer then tested her blood-alcohol levels and found that it was at a staggering .20, more than twice the legal limit of .08. 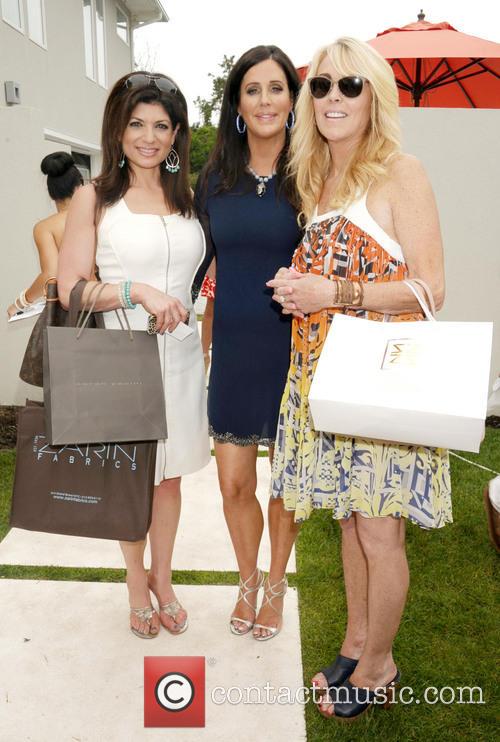 'Mean Girls' actress Lindsay Lohan is snapped arriving outside a Los Angeles court to attend her pre-trial hearing for her reckless driving case. She is with her mother Dina Lohan and her lawyer Mark Heller and they are being escorted into the building by officers.

That's the question on everybody's lips, though it seems there may be more to the original story that quoted Michael Lohan as saying his daughter Lindsay Lohan was paid to go on dates with rich playboys. The former Wall Street hot-shot- who is seemingly at war with ex-wife Dina - was quoted in Star Magazine as saying Lindsay "is getting paid to date rich men. Dina is pimping her out-it's disgusting."

However, her estranged father now tells E! News that he said no such thing about his daughter. "Absolutely NOT! I would never say anything like that!" he said in a statement. "All I DID say when I was arguing with Dina was that Dina was acting like a pimp for allowing and going with Lindsay to an event/personal appearance for money, just so Dina could get her cut!," he said, adding, "It's like pimping Lindsay out so Dina can make money! They twisted everything to make it look like I said that! Notice that they said the pimp part BUT then a 'source' said the rest!"

The original report never claims Lohan slept with her clients, though she reportedly hired out her dating services to the likes of Prince Haji Abdul Azim, third in line to the throne of Brunei. Another billionaire is said to have paid the actress to accompany him to a New York bash in London. "When Lindsay is wrong I say it and stick to it, but when she is right or people lie about any of us, I defend us!" Michael added.

By Michael West in Lifestyle / Showbiz on 04 December 2012

The IRS has seized Lindsay Lohan's bank accounts in an attempt to recover the $233,904 in unpaid taxes from 2009 and 2011, plus an unspecified amount from last year, according to TMZ.com.

The seizure has prompted Lindsay's father Michael Lohan to speak publically of his concern for the actress, "Where is all her money going?," he said to the New York Daily News. Good question sir! Lohan could really do without a battle with the IRS, given she's due in court on December 12 concerning her three misdemeanour charges related to her June car crash. It's likely that Lindsay will be forced to cough up bail money in the Los Angeles County, if Superior Court Judge Jane Godfrey revokes her shoplifting probation. Father Michael confirmed that his daughter made over $100,000 to promote the new Mr Pink energy drink and also helped mother Dina stave off foreclosure on her Long Island home with $40,000 in cash. "I care about one thing: Lindsay's life," said Michael, "I know she's drinking again, and that's bad enough. What happens if she goes to jail? They don't detox you in jail. I want her in rehab. I wanted her in rehab six months ago." Last week, it was reported how Charlie Sheen signed a cheque for $100,000 to help the actress - his Scary Movie 5 co-star - with her tax problems.

Lohan was arrested on Thursday after allegedly punching a woman at a Manhattan nightclub. Hours later she was charged with lying to police, relating to her June car crash. If the judge determines that this constitutes a violation of her probation, Lohan faces up to 245 days in jail (which means she could be behind bars for Christmas).