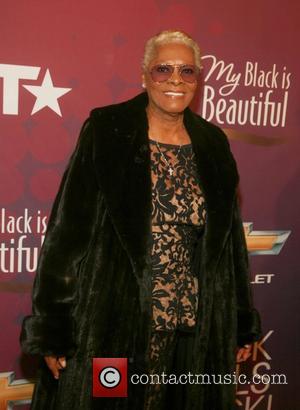 Dionne Warwick has been taken to hospital after injuring herself ahead of a performance on U.K. TV show Strictly Come Dancing.

The Walk On By legend was in London to pre-record a rendition of (There's) Always Something There To Remind Me on the hit dancing show, but she twisted her ankle in a fall before making it to the studio.

She performed the track sitting down, as viewers saw when the footage aired on Sunday's (21Oct12) episode, and after the set her team persuaded her to have the injury checked out by doctors at a nearby hospital.

A source tells Britain's The Sun, "Dionne had an accident at the hotel and really hurt her ankle. She came to the studio in a wheelchair and everyone was really worried for her.

"She should have probably been in hospital getting it checked out. But she has not been in the business for decades because she flakes on people.

"She's a genuine pro and just grabbed the floor manager's arm, hobbled on to the stage, sat down and got on with it.

"She even joked that when her ankle gets better she's going to come back on and give us all a dance."