Dj/producer Diplo Has Caved In Over His Online Spat With His Ex-girlfriend M.I.A., Admitting: "She Is Right About Everything." 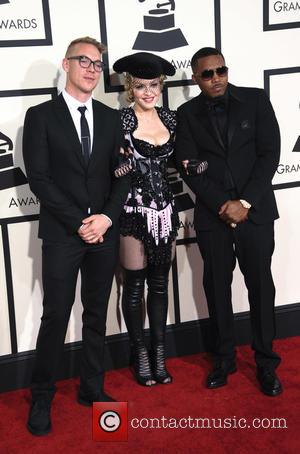 The former couple, which dated for five years until 2008, clashed on social media earlier this year (15) after hip-hop star M.I.A. accused him of constantly putting her down as she shot to stardom.

Diplo later claimed his former lover had apologised for the bust-up but she hit out again, insisting she had actually demanded an apology to her "people" for his remarks.

Now the U.S. producer has addressed the spat and admitted his behaviour during their relationship was not great.

He tells Q magazine, "M.i.a.'s right about everything she said. Half of me was purist. The other half was super-jealous because I was losing her to other producers. So I was p**sed (annoyed). I did want to have control over what she did because I thought she should have stayed the underground cool bad b**ch... (but) there's no bad blood."