The Dirty Heads, Cabin By the Sea Album Review

By Sam Saunders in Music Reviews on 20 August 2012

Alternative rockers/reggae band The Dirty Heads release their anticipated newest album Cabin By the Sea amid high expectations. The album itself was released on June 19th 2012. The American band are known for their relaxing, experimental, feel good style of music, and this album looks set to not disappoint in that department. That doesn't mean it's good, though, that remains to be seen. 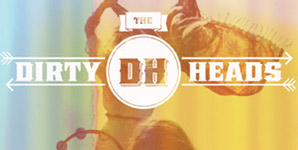 Dirty Heads - Cabin By the Sea