Disclosure and Rudimental are among 60 acts set to play Hideout Festival in Croatia next year. 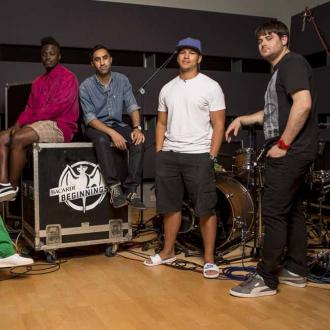 Disclosure and Rudimental will play next year's Hideout Festival in Croatia.

The event, set to take place from Monday, June 30 until Thursday, July 3, is in its fourth year and will also see a host of new acts including king of the groove, Sasha perform for thousands of revellers.

British music duo Disclosure consist of brothers Guy and Howard Lawrence who had a number one single with 'White Noise' featuring Aluna George.

While drum and bass stars Rudimental rose to prominence last year when their single 'Feel The Love' with John Newman became a big hit.

Hideout Festival will feature a 'Hideout experience' including accommodation, airport transfers and more to take any pain away from the booking process.

Dance music's biggest stars will play both during the day at beachside pool parties and intimate boat sailings as well as through the night on the infamous Croatian Zrce beach strip.

Spanning over 60 artists, four venues and extended boat and pool events, it is set to be the biggest festival yet.

Tickets are priced from £129 and £179 for VIP, available at hideoutfestival.com. Registration has now closed.