Disclosure have teased a ''sassy'' Lorde collaboration which will feature on their second studio album 'Caracal'. 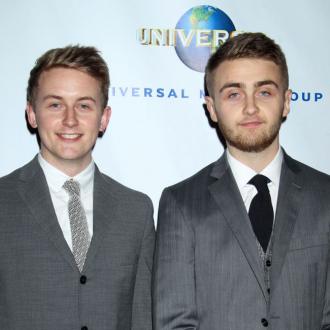 The duo - comprised of brothers Howard, 21, and Guy Lawrence, 24 - have recorded a track with the 18-year-old singer for their second studio album and said it is ''the most equal collaboration'' on the LP because the 'Royals' hitmaker is so down-to-earth.

Howard said: ''She turned up on her own, no management or bodyguard.

''That's the most equal collaboration on the record. You can really hear her sound -- she has this sassy yet vulnerable thing.''

The track, which was co-written and sung by the New Zealander, was one of the final additions to the album after Lorde - whose real name is Ella Yelich-O'Connor - dropped by their studio last month.

Revealing they were recording together, she posted a selfie online, writing: ''Making tunes and getting Oreo milkshakes with Disclosure (sic).''

The 'White Noise' hitmakers have also teamed up with four-time Grammy Award winner Sam Smith once again for their next album, 'Caracal', having previously recorded their hit single 'Latch' with the chart-topping star.

Speaking about heading back into the studio with the 23-year-old singer, Guy told Rolling Stone magazine: ''It was really exciting, 'cause we hadn't seen him in so long.

''We had three whole days to hang out with Sam and write, which are two of my favourite things to do.''