Dizzee Rascal recruited Robbie Williams for his new single, 'Goin' Crazy', and the pair shot a video for it featuring them racing on mobility scooters earlier this week. 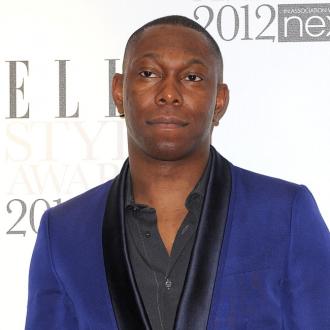 The rapper didn't have to do much to persuade Robbie to appear on 'Goin' Crazy', as he is a huge fan of his previous hits.

He told The Sun newspaper: ''I was expecting Dizzee to come round to my place in Los Angeles for an hour. He got round at 6pm, we chatted for hours and he left at 6am. Then he said he wanted the song to sound like Queen. It was a great night.''

Describing the track, he added: ''I have never been so urban. When I heard Dizzee wanted me, I was like, 'F**k yes!'

''He only deals in bangers and life is getting shorter for me.''

The pair recorded the video for the song in London on Tuesday (30.04.13), which saw Robbie dress as a Mod and Dizzee as a Rocker, and race each other on blinged up mobility scooters.

The video - based on The Who's classic youth cult film Quadrophenia - sees the pair and their respective crews face off against each other, using golf clubs, cricket bats and cups of Horlicks.

Dizzee said: ''As soon as I heard Quadrophenia, I was signed up for the video idea. The mods and rockers idea is right up my street.

''Having Robbie involved has been good. When his name came up, I was excited about it. We went to his house to record it. It's not often on these things you sit in the same studio any more.''

'Goin' Crazy' will be released on June 17, with Dizzee's new album, 'The Fifth' following a week later.

Dizzee Rascal asks Noel Gallagher to feature on his song

Dizzee Rascal To Be Honoured With Hometown Doctorate