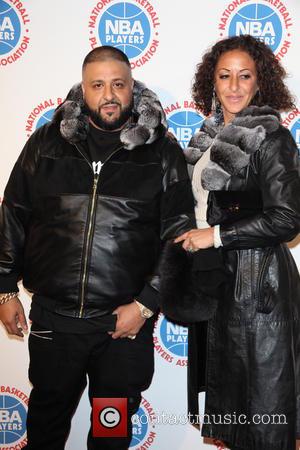 The All I Do Is Win hitmaker signed to the rap firm in 2010 and released three albums on the label, but the producer reveals he has since moved on and will unveil his next project, I Changed A Lot, with Sony.

During an interview with New York radio show The Breakfast Club on Monday (11May15), he said, "I'm not signed to Cash Money at all. I've been off for a minute (a while)."

However, Khaled stopped short of going into detail about the reasons for his departure, adding, "It's nothing that I'm here to promote that I've been off (sic). I'm not that type of person."

Khaled also discussed the tensions between his frequent collaborator Lil Wayne and label boss Birdman, after the Lollipop hitmaker filed a $51 million (£34 million) lawsuit for unpaid funds, and he hopes the two stars work things out amicably.

He continues, "First of all, those two guys, that's family to me. Lil Wayne, that's my brother; Birdman, that's family. And at the end of the day, it's not my business, and I do pray for greatness and everything works out... Those two people know who I am, and I don't get involved."

Khaled's interview took place three days after Bow Wow, aka Shad Moss, announced he had cut ties with Cash Money Records after failing to release a new album in his six years on the label's roster.