Review of Bass For Your Face Album by DJ Muggs 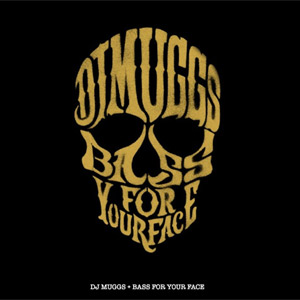 As you can imagine, there are enough twerk-inspired work-outs here to annoy both parents and flatmates alike, ranging from the bombastic Freddie Gibbs inspired Track Assassin, through the archive rave whoops of London to Absolem's nightmarish mix of white noise flash and cruel, dead-eyed beats. Lovers of niche listening had better think twice though, as although this is a record that's happy to live down to the perceptions of its critics, there's still plenty of other less obvious vectors that Muggs is happy to pursue.

Clearly recognising the low boredom threshold of some of his potential audience, he makes the journey more interesting by throwing up the ghostly, psychosis-riddled ska of Deep Purple, before the first of Belle Humble's two vocal contributions on Safe takes on Major "Diplo" Lazer in his own tech-pop backyard, with a photo finish needed to decide the winner. It's this big up to pop that delivers the real gob-smackery - one further sketched out on the so 2013 Unknown - but we're nothing if not parochial here and the champagne moment is owned by none other than our own Dizzee Rascal on Snap Your Neck Back, a piece on which he adds some mid-noughties spitting to remind everyone of his less salubrious roots.

Perhaps the most surprising thing of all about Bass For Your Face - particularly when you consider its producer is from rap's breakthrough generation - is the nod to UK grime it sends, the fusion of dub and feral, lo-tech bleeps and breaks that it uses to sound fresh. Ok, so there's still a whiff of modified Citroen Saxo donuting in the car park of your local Costcutter about the whole thing, but with DJ Muggs willing to keep learning his trade exponentially like some crazy hip hop Neo, for one of the old skool's true professors, the sky's still the limit.