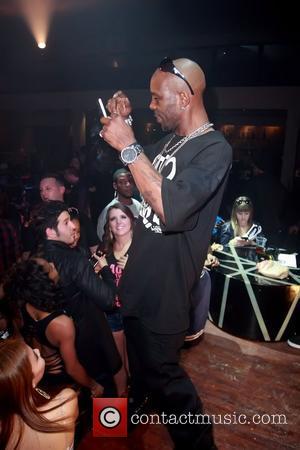 Tough guy rapper DMX broke down in tears during a recent taping of U.S. reality show Couples Therapy after opening up about the lack of affection he received from his mother as a child.
The embattled hip-hop star has been working through his marital troubles with wife Tashera Simmons for VH1 cameras and one recent counselling session showed a side of Dmx he rarely exhibits, as tears streamed down his face while he discussed his detached relationship with his mum Arnett.
Dmx recalled his troubled childhood and revealed that he yearned for his mother's love as a kid.
He said, "I just wanted to be able to say, 'Hi mummy, I love you.' Not once has she ever told me she loved me."
And the rapper believes the lack of maternal love and guidance during his youth is ultimately to blame for his multiple legal problems as an adult and his relationship problems - his wife dumped him after learning of the extent of his womanising ways.
Dmx, real name Earl Simmons, has 10 kids by multiple women. Only four are his wife Tashera's.
He added, "I think a lot of people lose sight of the fact that no matter how strong you are as a man, no matter how tough you are, we all need to be somebody's baby."
Dmx has been in and out of prison in recent years for drug, theft and animal cruelty charges, and was last arrested by police in August (11) after he was caught driving recklessly on a suspended licence.