Watch the live video for 'Cake By The Ocean' here:

The song, out now on Republic Records, is a super-catchy, summery number with elements of ska and funk. The guitar riff is simple yet incredibly infectious, and combined with Joe's impressive falsetto, makes for a super sexy dance number with some cheeky subject matter. We're not so sure about Cole's whistle though.

DNCE describe themselves as 'disco hits by the best garage band ever', but there's more to this LA band than just the music. The live video unveils some unique facts about the members, such as Joe once locking lips with Dillon Francis during Spin The Bottle, Cole having belonged to a traveling circus, Jack formerly acting as a lifeguard at school and Jinjoo's stint giving Charli XCX dance lessons.

More: Watch the live video of their song 'Jinx'

You can catch DNCE on the road as they headline their Greatest Tour Ever Tour this December, visiting cities across the US. 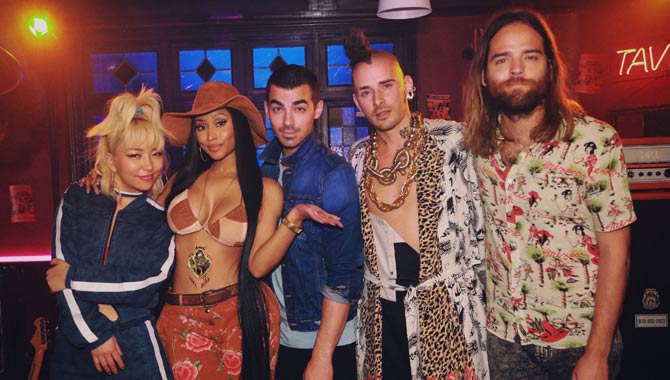