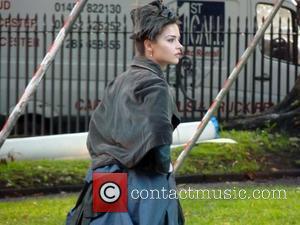 The BBC have released a sneak peak of the upcoming Dr Who Christmas Special titled 'The Snowmen,' with the good Doctor, played by Matt Smith and his latest sidekick, played by Jenna Louise Coleman, introducing the trailer now available on the BBC's website.

The trailer doesn't reveal too much, however we do know that the episode will air on Christmas Day and will give us our first peak at Coleman's character Clara. For those Dr Who die hards out there then you wont need telling that Coleman has already appeared in the show, playing a seemingly different character in this season's premiere, 'Asylum of the Daleks' earlier this year. Given the nature of the pair's intro to the snippet, it looks as though we wont have to worry too much about them having a lack of chemistry, as they appear very much at home in each other company as they tease the viewer over the nature of the sneak peak.

The Christmas special has been written by lead writer and executive producer Steven Moffat, and will see the Doctor once again crossing paths with the part human, part reptile Silurian Madame Vastra (played Neve McIntosh) and her unimaginatively named companion Jenny (Catrin Stewart).