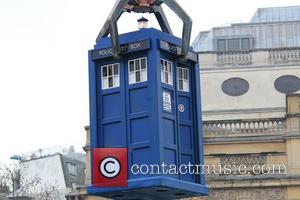 Former Doctor Who star Christopher Eccleston was so afraid of getting locked in a real-life mortuary for a scene in Shallow Grave, director Danny Boyle had to ask a crew member to stand in the shadows and comfort the nervous actor.

The future Tv time lord hated the idea of being shut in the final resting place, surrounded by dead bodies, so Boyle came up with a plan to make him feel more at ease.

He explains, "It was a real mortuary and there were real dead bodies in there. Christopher, who went on to be a future master of the universe said, 'I can't do this!'

"Eventually we agreed that we'd put one of the prop guys in there, so when the door is closed and it goes dark he wouldn't be alone with the dead.

"In fact, on the soundtrack when the door is closing and the lights go off, you can hear this guy going, 'It's alright Chris!'"