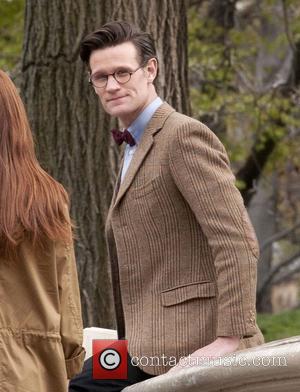 Aside from this though, there's no definite suggestion as to what the plotline might be though we are hoping for a few big comebacks. It would be great to see the second longest-reigning tenth Doctor David Tennant join current Doctor Matt Smith in an episode similar to 'The Two Doctors'; a season 22 episode in 1985 which starred sixth Doctor Colin Baker and second Doctor Patrick Troughton. Or, to go further than that, a reunion including Smith, Tennant and Christopher Eccleston - the three Doctors since the show started again in 2005.

A few old companions would also be exciting to see back in action. Billie Piper's character Rose Tyler, for example, shared a particularly special relationship with the Doctor for the first two new series before becoming trapped in a parallel universe with her mother and father. Sure, we got what we wanted in the end; the Doctor made a happy ending possible for her by sending a clone of himself to her so they could be together; but they managed to bring her back in Tennant's final episode 'The End of Time' - albeit briefly - so why not again? Donna Noble, played by Catherine Tate, would also be a funny one to bring back although producers have foiled that idea as well. She left the Doctor after he wiped her memory, with him stating to her family that her mind would burn up should she ever remember him.

Sarah Jane Smith is probably the ultimate favourite 'Doctor Who' companion with her character even initiating a spin-off series called 'The Sarah Jane Adventures'. Tragically, however, actress Elisabeth Sladen will never reprise her role again after passing away in 2011. On the other hand, with today's technology and studio trickery anything is possible, so we will always keep our fingers crossed for one more adventure. We can hardly complain if we never see any of our favourite companions again though; after all, we were treated to a reunion of all four women that travelled with the Doctor in the new series in the Christmas special 'The End Of Time' which saw David Tennant's role being taken over by Matt Smith.

Another character that would be exciting to meet again is the Doctor's granddaughter and first ever companion Susan Foreman played by Carole Ann Ford. That would truly make a wonderful 50th anniversary episode and it wouldn't necessarily be impossible either as there is a lot of vague uncertainty as to what became of her. It's the same story with the charming Captain Jack Harkness played by John Barrowman; we've seen enough of him in his spin-off series 'Torchwood', but it wouldn't be unlikely that he would show his face again in 'Doctor Who' (especially with the Doctor's increasingly pretty companions).

One suggestion for the semicentennial that keeps cropping up is the idea that all eleven Doctors will reunite with the first three now deceased Doctors, William Hartnell, Patrick Troughton and Jon Pertwee, being resurrected through the wonders of modern technology. It wouldn't be the first time either; in 1973, the 10th anniversary unified the first three Doctors, and the 20th saw Troughton, Pertwee and Peter Davison together alongside Richard Hurndall who took over the late Hartnell's role and film footage of Tom Baker. Seventh Doctor Sylvester McCoy certainly seems up for a reunion, telling BBC News, 'Would I do it? Yes, I'd be delighted to. the fans are hoping that for the 50th anniversary, which is coming up, they might do something like that.' David Tennant seemed elusive but suggestive at the idea. 'Who knows what will happen next year? I'm sure there are lots of plans being discussed', he told G4TV's 'Attack Of The Show'. 'I am not confirming nor denying anything.' On the other hand, when asked if he could confirm that the rumours were true by a fan on Twitter, Colin Baker seemed to shoot them down. 'Wish I could but alas apart from The Big Finish plans I am not aware of any 50th stories nor have I been approached', he wrote. So, it remains very unclear as to what producers are secretly planning for the big celebration though we can't help but think, with the popular demand from fans of wanting some sort of comeback, that we will see some old faces hit our screens over the coming months.