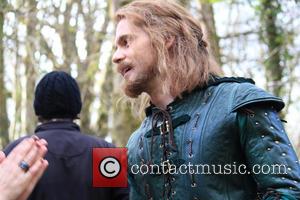 Doctor Who star Peter Capaldi has been feted for his contribution to television in his native Scotland.

The Oscar-winning director and actor, also known for his turn in political comedy The Thick of It, received the RTS Scotland Award in honour of his career achievements at the Royal Television Society Scotland prizegiving this week (beg09Jun14).

A statement from the award show's jury reads, "An acclaimed writer, performer and director, Peter has achieved phenomenal success at home and abroad. Original, memorable, engaging and definitive - his contribution to television has been exceptional, and the committee feel he is a worthy and much deserved winner of this inaugural award."