Dolly Parton is an international treasure - and a rare breed, at that. She is a massive star with a down-to-earth side that people around the globe have warmed to.  Dolly's latest album 'Blue Smoke' sees the country music star doing what she does best. For those of you that never really understood country music, people like Dolly Parton and Kenny Rogers were the ones that made the genre fun and didn't take it too seriously. Or maybe they did take it seriously, but just made fun and infectious along the way. 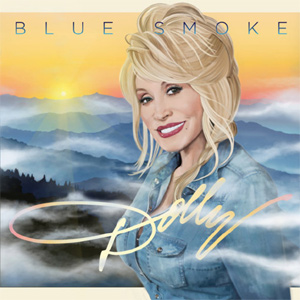 'Blue Smoke' is Dolly's 42nd (that's correct; forty second!) studio album and shows that she hasn't lost her touch with a mix of her greatest hits, covers and some new material.  You get two CD's which equates to 32 songs of Dolly Parton, one disc of new songs and a separate 'Best Of' CD. The new material covers 12 tracks, while the second is 20 of her greatest hits. The most intriguing cover on this album has to be Bon Jovi's 'Lay Your Hands On Me' something that really shouldn't work but somehow it does, proving that she can find country in every song.

'Blue Smoke' also features a rendition of Bob Dylan's 'Don't Think Twice' which, even alongside her proven and most loved hits, sounds as though it was written for her. Later in the album is her version of 'In The Ghetto' which, for some reason, feels like she is the only woman who has the right vocal structure to pull it off. Trust us - if you hear it, you'll understand.

Naturally, there are some of her old favourites on here. Well, let's face it: you can't have a 'Best Of' album without including your best work. You can't listen to a bit of '9-5' without a little sly smile. This song honestly has to be the guilty pleasure to everyone, including your hard-core Iron Maiden fans. That's not forgetting 'Jolene', of course, triumphant ballad that it is.

When all's said and done, is 32 tracks perhaps too many? If it were 32 brand new track, then yes, the album would be indigestible to even the most die-hard Dolly fan, but this bonus CD of safe, classic hits, provides a perfect spoonful of sugar to help the medicine go down.