Dolly Parton is offering up photos from her 50th wedding anniversary vow renewal to the highest bidder to raise money for charity. 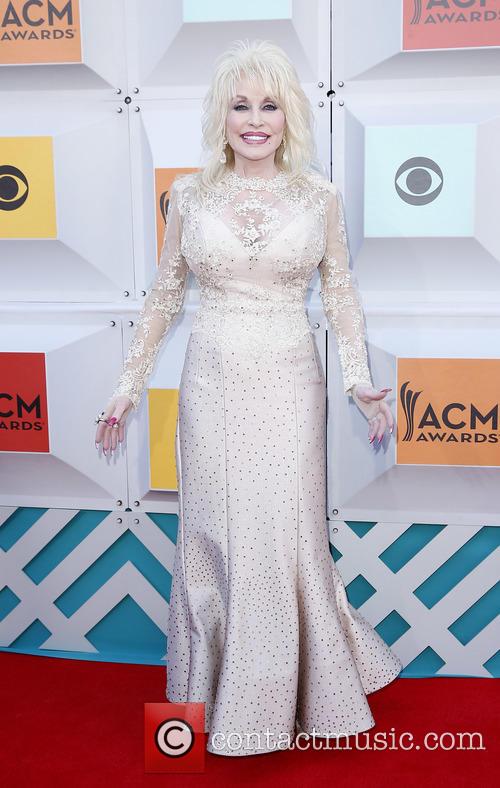 The country music superstar first wed Carl Dean on 30 May, 1966 and the couple celebrated 50 years as husband and wife with a special ceremony in Nashville, Tennessee over America's Memorial Day weekend (28-30May16).

Dolly showed off the wedding dress she wore for her second nuptials during a taping of U.S. TV show Home & Family days later (31May16), but claimed she had no photos to show hosts Mark Steines and Cristina Ferrare because her privacy-hungry husband refused to pose for any.

The 70-year-old singer said, "My husband hates pictures, so I didn't bring any pictures. And I told him, 'You're worse than my first husband', which was him!"

However, it appears Dolly wasn't telling the whole truth about the photos - because now she's putting up a set of pictures from the vow renewal for sale to whoever offers the biggest donation to her favourite children's charities.

"If I had it to do all over, I'd do it all over again, and we did," Dolly says in a press release. "I'm dragging him kicking and screaming into the next 50 years. Wish us luck. In all honesty, the only way I was able to get Carl to do any of this in the first place was that it was a great opportunity for us to raise money for some very worthy causes."

In addition to the rare photos of Dolly and the reclusive Carl, her husband has also sat down for his first interview, which will be released to coincide with the eventual publication of the wedding pictures.

"My first thought was, 'I'm gonna marry that girl'," he fondly recalls of laying eyes on Dolly at the Wishy Washy Laundromat in Nashville. "My second thought was, 'Lord, she's good lookin'. And that was the day my life began. I wouldn't trade the last 50 years for nothing on this earth."