'9 to 5' hitmaker Dolly Parton wants to make a rock album with The Rolling Stones and other "classic bands".

Dolly Parton wants to make a rock album with The Rolling Stones.

The '9 to 5' hitmaker will be inducted into the Rock and Roll Hall of Fame later this year, and after previously revealing she was keen to branch into the genre, she has revealed some of her plans for the potential release.

Reflecting on a photo of herself and Sir Mick Jagger together in the 1970s, she told Billboard: "Yeah, I loved him and I love 'Satisfaction'.

"I’m hoping we’re both around long enough when I get to doing this record that he’ll come sing with me, and I may have to use The Rolling Stones to play behind me.

"I might do something like that — try to get some different rock bands, some of the classic bands, to back me on some of the songs I do and then do two or three or four originals."

Dolly sparked a lot of debate when she was named as a nominee for the Rock and Roll Hall of Fame, as she tried to pull out of the running because she didn't feel like she was befitting of the honour.

Her request was denied, and she has now explained: "It was just always my belief — and I think millions of other people out there too — always thought the Rock Roll Hall of Fame was just set up for the greatest people in the rock ‘n’ roll business, and I just didn’t feel like I really measured up to that and I don’t want to take anything away from the people that have worked so hard."

With her induction now confirmed and set for November, she is ready to embrace it and release an album to place herself firmly in the rock scene.

She added: "I’d like to get in with some of the great rock groups and do some things, [but] I’ve been working so hard on so many things and I’ve got to overcome this so-called controversy, which I never meant it to be that. 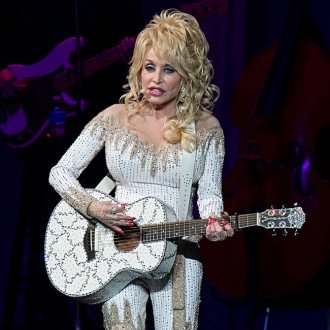