Dominic Cooper admits it is ''very unlikely'' he would appear in a second 'Mamma Mia' movie because there wouldn't be enough Abba songs left to sing. 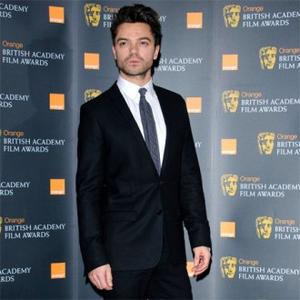 Dominic Cooper is "unlikely" to reunite with ex-girlfriend Amanda Seyfried for a second 'Mamma Mia' movie.

The British actor - who portrayed love interest Sky in the 2008 musical comedy - admits he is not expecting to return to a sequel as there would be no more Abba songs to sing.

He told BANG Showbiz: "'Mamma Mia 2', it's very unlikely. There are no other songs to sing!"

Speaking at the launch of the Orange BAFTA Award nominations - which he announced with 'Inception' star Talulah Riley - Dominic confessed he was "surprised" at some of the films to reach the final shortlists, led by Tom Hooper's 'King's Speech', which has 14 nods.

The 'Tamara Drewe' star said: "I am surprised by the outcome today but it's all fair and there is a very strict system which you vote by; everyone sees the film and you have to vote. And if you haven't seen the films you can't vote for them. And it's all about personal opinion, you can't ever argue, it's taste. That's what's wonderful about it.

"You never can guess what people are going to think about the films they see. That's what makes it so exciting."

Dominic will next be seen in 'The Devil's Double' and Marilyn Monroe movie 'My Week with Marilyn'.