Dominic Cooper loved being woken up by a naked James Corden jumping on his bed in the morning when they shared a flat together. 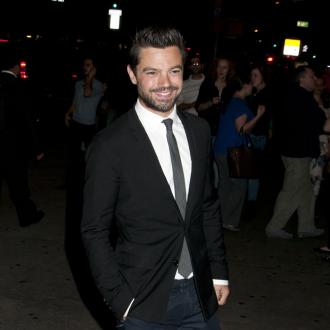 Dominic Cooper misses being woken up by a naked James Corden every day.

The British actors used to share a flat in London's exclusive Primrose Hill area, and although the pair moved out because their lives went in different directions - with James starting a family with his wife Julia - Dominic still misses his pal's unique daily wake-up call.

He laughed: ''He'd do a full [naked] dive on the bed. We lived together for ages, but were both extraordinarily busy, so kept missing each other. I started to think I should move when there was a cot at the end of the bed.

''We worked well. But we were living out of the back of our cars for a long time. We were terrified of committing to the fact that our lives had changed, and this was what we called home: this ravished ram-shack.''

The actors became close while starring in Alan Bennett's play 'The History Boys' in 2004 - which was turned into a popular film in 2006 - and their profiles have been on the rise ever since, yet Dominic still has fond memories of their poverty-stricken days as struggling actors.

He added: ''It was lovely, but it had no furniture, so we'd sit on the floor eating baked beans. They were a mixture of very happy and very lost times.''