Dominic Cooper is in negotiations to star in Albert Hughes' thriller 'Motor City'. 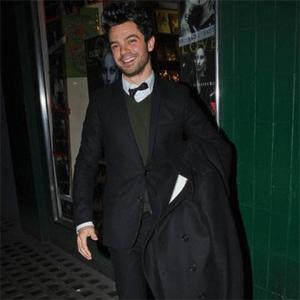 Dominic Cooper is set to star in 'Motor City'.

The 'Devil's Double' actor - who rose to fame in all-signing, all-dancing Abba-themed movie 'Mamma Mia!' - has replaced Chris Evans in the movie, set to be directed by Albert Hughes.

The movie tells the tale of a recently released prisoner who is on the hunt for those who framed him.

Chad St. John has written The Script - which reportedly has no dialogue at present - and Joel Silver will produce alongside Andrew Rona.

Warners are keen to get production on the picture started soon, but Dominic's busy schedule may delay things for a while yet.

Having already starred in 'Captain America: The First Avenger' as Howard Stark earlier this summer, he will next be seen in 'My Week with Marilyn' - alongside Michelle Williams, Emma Watson and Dame Judi Dench.

Dominic also has a leading part in 'Abraham Lincoln: Vampire Hunter', based on the novel by Seth Grahame-Smith.