Cheadle Is United Nations Goodwill Ambassador For The Environment 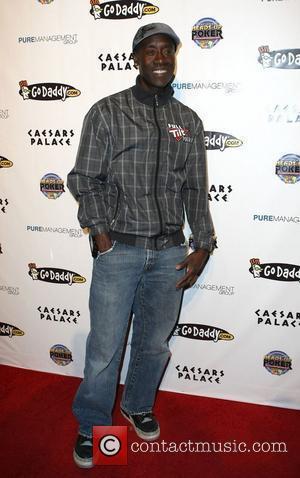 Hollywood star Don Cheadle is set to be honoured as a United Nations Goodwill Ambassador for his work to save the planet.
The Hotel Rwanda actor first teamed up with the U.N. last year (09) to front its climate change campaign, urging world leaders to sign a treaty limiting greenhouse gas emissions.
Cheadle's efforts have won him high praise from organisation officials and he will be promoted to a Goodwill Ambassador during a special ceremony next month (Jun10).
He says, "I will be named officially in Rwanda on June 5th, a Goodwill Ambassador for the United Nations Environmental programme. I'll be in Rwanda on June 5th."
Cheadle's philanthropy work does not stop there - he is also a key voice in the call for an end to the genocide in Darfur, Sudan, establishing the Not On Our Watch charity with his Ocean's Eleven co-stars George Clooney, Brad Pitt and Matt Damon.