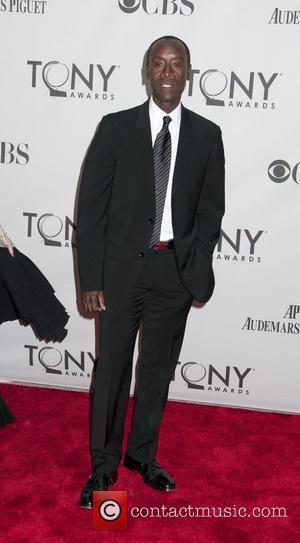 Actor Don Cheadle is dreading the day his eldest daughter leaves home for university - because she's keen to study in Japan.
The Hotel Rwanda star has two teenage daughters with his longterm girlfriend Bridgid Coulter and his eldest is preparing to enrol in college next year (13).
She has already looked at schools on the East Coast of America, thousands of miles away from the family home in Los Angeles, but she's eager to get even further away from her parents.
During an interview on U.S. talk show Live! With Kelly on Thursday (01Mar12), Cheadle said, "She did the college tour about a week ago, she's 17, (she did) an East Coast trip.
"It's uncomfortable. I said to her, 'Where are you thinking of going to to school?' She said, 'I'm not sure, I just wanna go some place far away from you guys.'
"She really wants to go to school in Japan which... is really far! 'I'm going to go (to a school) six time zones away, dad.'"