The 49 year-old actor has turned to the crowd-funding platform Indiegogo, in order to raise $325,000 and secure the making of 'Miles Ahead,' a biopic about the Jazz legend. 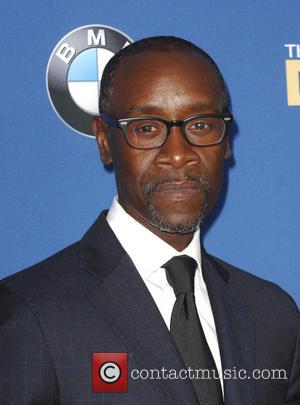 Don Cheadle is willing to do anything to get a biopic about Jazz musician Miles Davis on the big-screen.

The 49 year-old actor's dream of starring in the flick is now in the hands of the fans.

Cheadle has started a crowd-funding campaign on Indiegogo to raise $325,000 and secure the making of 'Miles Ahead,' the film about Davis' life.

Little details are known of the project so far, but Cheadle is planning on directing, producing and starring in the movie, along with Ewan McGregor who will play a Rolling Stone reporter, and Zoe Saldana as Miles Davis's former wife, Frances Davis.

Cheadle first announced he wanted to play the role over seven years ago, but it wasn't only until last November (2013) that BiFrost Pictures gave him the green light.

The premise of this movie won't be a traditional lifetime biopic, it will focus on a crucial period in Davis's career, depicting the Jazz legend's temporary retirement from music, until his re-emergence in 1979.

"Most studios don't make these kinds of movies anymore, so we are doing it independently," Cheadle said in a statement, via Deadline. "I'm personally putting a big chunk of money into our budget as well as putting all my fees back in. But the extra money we hope to raise on Indiegogo will help us recreate the multiple time periods we're dealing with and with the logistics of incorporating all the music."

"We are excited to get people talking about the move early, raise awareness and set into motion the groundswell of support we hope will continue through to the film's release," he continued.

Filming is scheduled to begin in June 2014 but no expected release date has been announced. Cheadle has turned to the fans for their help