Don Cheadle's Much-anticipated Miles Davis Biopic Is Set To Have Its World Premiere At The New York Film Festival This Autumn (15). 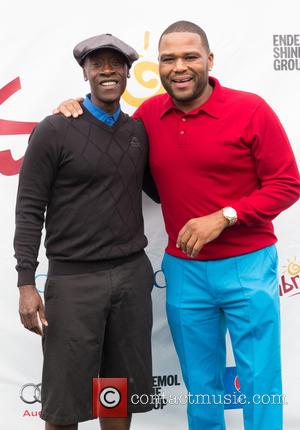 Organisers at the annual event announced on Wednesday (22Jul15) that Miles Ahead, the actor's directorial debut, has been selected to screen as the closing night film in October (15).

Cheadle, who stars as the iconic musician and co-wrote the script, is especially enthusiastic about the screening, since New York City is where Davis' music career boomed in the late 1940s.

He says in a statement: "He (Davis) changed the game time after time, and New York is really where it all took off for him... Very exciting."

Miles Ahead has been a passion project for Cheadle for years, but financial problems stalled the film. Last year (14), Cheadle opted to direct the project himself and took charge of the investment issues by launching a crowdfunding campaign on Indiegogo.com.