Don Cheadle will star and make his directorial debut in 'Kill The Trumpeter', a biopic about jazz musician Miles Davis. 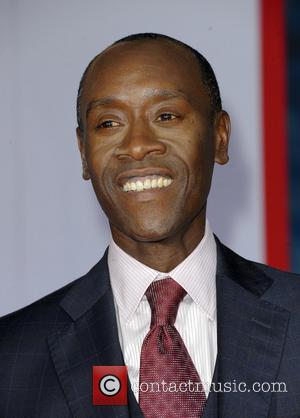 Don Cheadle has desired to play Jazz musician Miles Davis in a biopic for a lengthy period of time now.

The 48 year-old finally gets his wish!

Cheadle first announced he wanted to play the role over seven years ago and finally thanks to BiFrost Pictures the project has the green light.

BiFrost Picture confirmed to The Associated Press, the film, which is titled 'Kill the Trumpeter', will also see Cheadle make his directorial debut with them financing and producing it.

The premise of this movie won't be a traditional lifetime biopic, it will focus on a crucial period in Davis's career.

It will depict the Jazz legend's temporary retirement from music, until his re-emergence in 1979.

The Associated Press also reports the biopic is fully supported by Davis' family and his old collaborator, Herbie Hancock, will be involved in the production. Don Cheadle will direct and star in the biopic

Cheadle spoke at the American Film Market earlier this month (Nov 7th) where he reiterated that this film will not be a depiction of Davis' whole career, according to The Hollywood Reporter.

"Let's kill that term, OK? I hope with this film we can kill the biopic," he said. "This film won't try to give a broad overview of Davis' life and give short shrift to this man's story." Instead, he said, the film would focus on the five years near the end of Davis' life, when he had stopped playing music. "For us as creative people, the time of his life that was most interesting was the five years when he wasn't playing, when he was silent. What was going on in his mind? And how did he come out of it and return to music?"

Filming is scheduled to begin in June 2014 but no expected release date has been announced.