He is apparently on the shortlist for the new movie.

A prequel to the classic children's film 'Willy Wonka & the Chocolate Factory' is currently in the works with Warner Bros. and it has just been announced that Donald Glover is among the names currently on the shortlist for the lead role. It's an exciting prospect with some big names involved in production.

Donald Glover at the 'Solo' premiere

Glover is joined by Ezra Miller and Ryan Gosling on the list of those who could play the younger incarnation of the eccentric chocolate factory owner, who was first depicted by Gene Wilder in the 1971 film adaptation of Roald Dahl's 1964 story 'Charlie & the Chocolate Factory'.

Little is known about the direction of the story of this new Willy Wonka prequel, but it is thought to follow the chocolate-maker's earliest adventures such as meeting the Oompa-Loompas and how he managed to land such an impressive establishment in the first place.

On board to direct is the BAFTA-nominated Paul King of 'Paddington' and 'The Mighty Boosh' fame, while Primetime Emmy-nominated Simon Rich of 'Saturday Night Live' is penning the script. Meanwhile, David Heyman, who produced the 'Harry Potter' movies and continues to work on the 'Fantastic Beasts' series, is heading up production.

Since 'Willy Wonka & the Chocolate Factory' in the seventies, the character has been taken on by Johnny Depp in the 2005 Tim Burton adaptation and Christian Borle in the 2017 Broadway show.

Cast hopeful Donald Glover is currently working on the live action and CGI adaptation of Disney classic 'The Lion King' in which he plays Simba, while Ryan Gosling completes work on Neil Armstrong biopic 'First Man'.

Ezra Miller has just completed work on 'Fantastic Beasts: The Crimes of Grindelwald' with his next projects being a standalone film for The Flash and a Salvador Dali biopic called 'Dali Land'.

Further details regarding the untitled Willy Wonka film are yet to be announced. 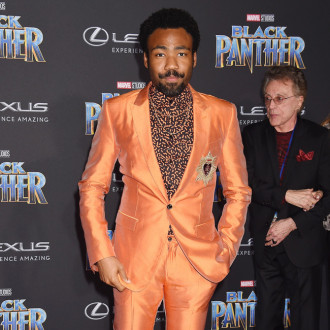