Donald Sutherland saw ''the white light'' when he died for a ''few seconds'' after being stricken with meningitis while filming 'Kelly's Heroes'.

Donald Sutherland saw ''the white light'' when he died for a ''few seconds'' while filming 'Kelly's Heroes'.

The 76-year-old actor played the part of Sergeant Oddball in the 1970 comedy/war film, and during the middle of shooting he was hit with a bout of spinal meningitis, causing him to go into a coma and he admits he ''dug his feet in'' so as not to pass away.

He said: ''I got sick in the middle of shooting 'Kelly's Heroes'. I came to Yugoslavia for a day's filming and I was out for six weeks.

''They took me to hospital - I had spinal meningitis. They didn't have the antibiotics, so I went into a coma, and they tell me that for a few seconds, I died. I saw the blue tunnel, and I started going down it. I saw the white light. I dug my feet in.''

However, Donald was tempted for a second to stop fighting to stay alive. 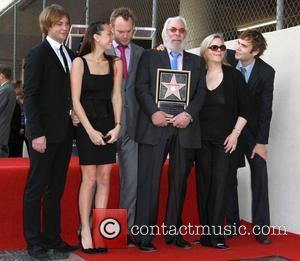